Dr. Akash Roopnarinesingh qualified from The University of the West Indies, Trinidad and specialized in Obstetrics and Gynaecology in the United Kingdom. He is a Fellow of the Royal College of Obstetricians and Gynaecologists in London and a Fellow of the Royal Australian and New Zealand College of Obstetricians and Gynaecologists. His special interests are the hypertensive disorders of pregnancy and minimal access surgery. As the current editor of the third edition of The Textbook of Obstetrics, he retains a strong interest in undergraduate medical student education.

Akash is married with three daughters. His wife, Charlind, specialized in Anaesthetics in the United Kingdom and is a Fellow of the Royal College of Anaesthetists in London. She has recently returned to medical practice. His mother, Juliet, is English of Irish ancestry and a frequent visitor to Australia. She has fostered a number of friendships in Rockhampton.

The family re-located from the United Kingdom in 2008 when the girls were mere toddlers. As they have grown, they have an increasingly packed agenda with dance, piano and soccer consuming their time outside of school. Akash, on the other hand, has a penchant for cricket - preferably West Indies cricket from the 1980’s – re-living the glory days much like Parramatta fans with rugby league. The family enjoys the Aussie outdoors as well as travel to the United Kingdom, Ireland and the West Indies to visit family and friends.

Dr. Akash comes from a family with a long and proud tradition in medicine. His father, Professor Syam Roopnarinesingh was the Dean of the Faculty of Medicine and Professor of Obstetrics and Gynaecology at the University of the West Indies, Trinidad. He was the author of 10 Textbooks as well as over 200 articles in international peer-reviewed journals. He was awarded the MD degree by the University of Newcastle-on-Tyne for a thesis in Obstetrics entitled “Amniotic Fluid Creatinine”. Professor Roopnarinesingh was the first Trinidadian invited as the overseas examiner for the MRCOG examination in London. He passed away prior to retirement from the university in 2002. The third edition of his Textbook of Obstetrics was the project he was working on at the time of his passing and his sons embraced this endeavour, publishing the third edition as a tribute to their father in 2007 in collaboration with colleagues in England, Ireland and the West Indies.

Professor Syam’s brother, Amrit, was also an eminent Obstetrician and Gynaecologist and Fellow of the Royal College of Obstetricians and Gynaecologists in London. His special interest was adolescent gynaecology and endometriosis. Dr. Akash Roopnarinesingh’s brother, Rishi, is a consultant Obstetrician and Gynaecologist at the Rotunda Hospital in Dublin, Ireland. He is an IVF expert and father of three. The Rotunda has a long and proud tradition and is one of the oldest maternity units. Dr. Akash Roopnarinesingh has a number of other family members who are medical doctors (specialists and general practitioners) in Canada, Dublin, Washington and Trinidad. 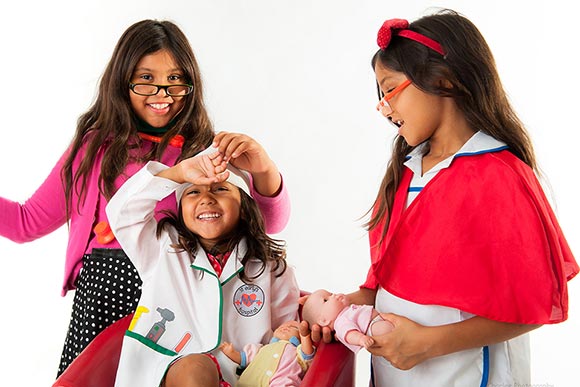